Just eight days after Sr. Angela’s Solemn Profession day on 20th of August, we again had reason for great rejoicing in Glencairn with the final vows of Sr. Elizabeth Deasy. Her vows were received by Mother Marie Fahy, Abbess of St. Mary’s Abbey, Glencairn, who clothed her in the monastic cowl and black veil, signs of her full consecration as a Cistercian nun. 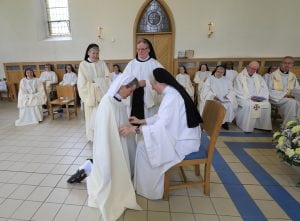 ‘The characteristic Cistercian habit is the white cowl. Given at solemn profession it is a sign both of a nun’s consecration and of the unity of the whole order.’ OCSO Constitution #12 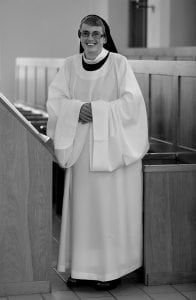 The day of Sr. Liz’s Solemn Profession was also the feast of the Dedication of the Abbey Church at Glencairn and so it was particularly fitting to sing ‘We love this place O Lord’ which Sr. Liz chose as the opening hymn of the liturgy, a favourite for Solemn Professions since Cistercians have long described themselves as ‘Lovers of the Place’. As Sr. Liz made her three monastic vows of obedience, conversion of life and stability, she vowed to root herself in this place, and seek to dedicate herself to God through this particular community and way of life. Her talented niece, Niamh Deasy baked a very fitting cake for the occasion which depicted the stained-glass windows designed by Phylis Burke that are in the apse of our Abbey Church at Glencairn. 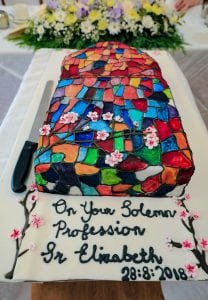 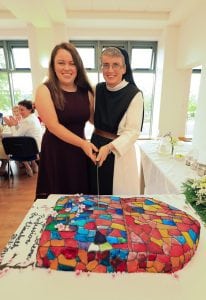 As if Sr. Liz didn’t have enough talent in her family, her nephew Eoghan expertly delivered the second reading, and three of her other nieces also performed a beautiful song following Communion at Mass which gave us all the opportunity to praise and thank Jesus for the happiness of this day. 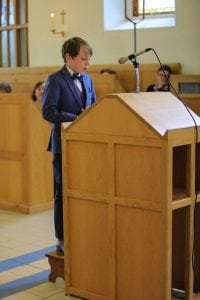 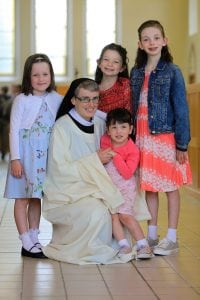 We are indebted to many people for contributing to the celebration in different ways, to Dom Richard Purcell, Abbot of Mt. Melleray for presiding at the Mass, to Liz O’Hara and her team who cooked and served a marvellous feast for everybody in our new monastery refectory, to Sr Fiachra for her wonderful flower-arranging, to Sr Nuala for preparing the liturgy and booklets for all, to Sr Clothlide for her organ-playing, and to our great friend, kerry-based photographer Valerie O’Sullivan for her stunning pictures which captured the special memories of this day as we joined together with Sr. Liz’s family and friends to give thanks for the gift of Sr. Elizabeth to our community. 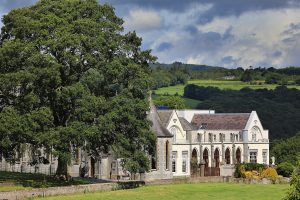 ‘We love this place O Lord, this holy ground, where we are fed and you are found, O God to you we come, where every human heart makes their home’.